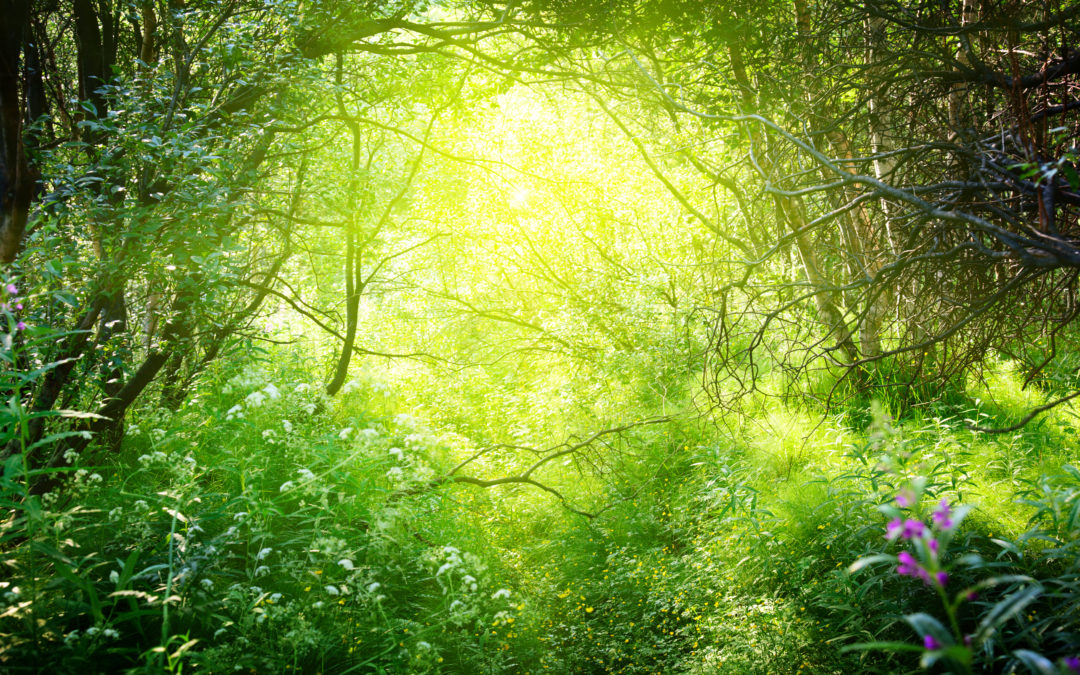 A wish upon a . . . tree, or an APPREHENSION EXCERPT

She flicks a tiny pine cone onto my dark-blue tee. “Come on, you’re invited to a tea party just across the Secret Garden of Dreams,” she says with a secretive smile. She tugs on my hand as she cuts directly across the patch of giant maple trees, veering off trail.

Wading ankle deep, our hiking boots trudge to the crinkling sound of crunched, dried leaves following in our wake.

Coming out of the Cathedral’s thick carpet of dried leaves, my eyes dart around the mature forest’s undergrowth of saplings, bright-green ferns, and moss-covered ground we found ourselves in. The gentle slope, the dips and swells of the hilly terrain, the mossy boulders, the crisp freshness of the woodsy aromas are so special, the overall uplifting vibe of the place makes for a lighthearted feel. You can’t help but be at peace.

“So? You have a Secret Garden of Dreams, huh.” She really must have had a grand time in here as a little girl. “Is this another one of your No Boys Allowed type of thing?” I ask, readjusting the backpack straps over my shoulders.

“No worries, boys allowed,” she says warmly as we step into an unexpected pool of light. “All dreams sowed in my Garden of Dreams are gender neutral. See for yourself.”

I look around the tiny clearing flooded with sunlight. Only one younger spire-shaped tree grows, strangely enough, contrary to the cool umbrageous woodlands of the mature forest found everywhere else around. Wild blueberries, their pale-green fruits not yet ripe for the picking, surround the lone tree in a mantle of coarse ground cover, their stubby shrubs running rampant.

“What am I supposed to see?” I ask, giving her a sidelong glance.

“A dream come true, what else?” She tilts her head in my direction, assessing if I do get it or not.

“No pressure, here.” I say under my breath, and she gives me an indulgent look. “Remember I’m a guy. We need spelling out. What do you see?” I ask, my voice low and amused.

“Zac di Fiori, Knight of the Laure, meet my wish trees, Moi-et-Toi.” Her lips spread in a slow, sensual smile as she eyes the tree.

Of course, she named it. I chuckle under my breath, charmed. Me-and-You, only her. But then something else occurs to me. “Trees? Plural?”

“Very much so, look closely.”

My eyes narrow, taking a closer look, and that’s when I see it.

Unlike what I saw at first glance, there are two trees, not just one, about seven meters tall, one a little smaller than the other, their slim grayish trunks growing separate by a few centimeters, but their limbs lovingly interlaced one into another. You can’t really tell where one begins and the other ends, yet, they’re both distinct. They’re wicked awesome, and magnificent taken as a whole entity. Understanding dawns. “Me and You,” I murmur. Together, they form an Us. 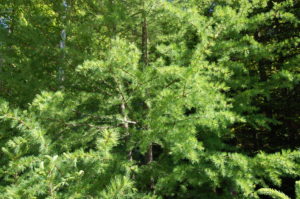 “You’re something else, you know that?” I shake my head in wonder, enchanted by all that she is, and her little girl’s imagination.

Her wish trees look like evergreens, but only softer, not at all prickly, more like vaporous puffs of light blue-green.

“What are they?” I brush my hands tentatively over their needles, silken soft under my touch, proving me right. 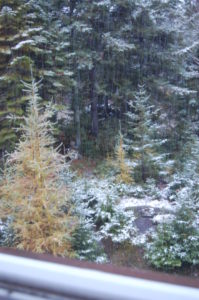 “They’re the only deciduous conifers and my favorite. They turn a glorious gold in November, and it’s spectacular against the white backdrop of early snow,” she says warmly, running her palm over one, then the other. “They’re Larix Laricina, commonly known as larch. Lucas and I came upon them as tiny seedlings, and these two have been fascinating me ever since.”

“How old were you?” I take a few steps back to better gauge, but at a glance, these trees are about four times as tall as I am by now, shooting up to the sky. Which is a bit surprising if she found them as seedlings, growth rate slower up north, that much I know.

“I remember being bummed Lucas was going back to school and I had to wait another eternity, or a whole year, to follow in his footsteps, so … end of the summer when I was four,” she says, peeking over at me with a soft knowing look. I was seven.

She waves around, pointing to the sizeable, charcoal-grey trunks of mature evergreens, straight as new pencils, circling this little spot of sunlight. “Larches are pretty common on lowlands, especially around bogs and marshes, but in mature forests, not so much. They need a lot of sun exposure for growth, and for some unknown reason this forest never encroaches on their little clearing. So, here they are, and twice as tall. What are the odds?” she says, awed. 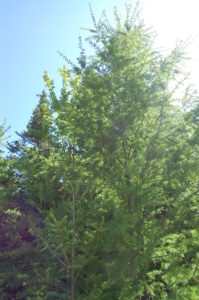 “I’d say pretty good ones, considering they’re Moi-et-Toi.” I glance at her sideways. My lips tug up one side as clear delight washes over her face, brightening her eyes. “Told you we were meant to be,” I add cockily.

“You may have said that once or twice, now.” She gives me a quick joyful hug before stepping out of the clearing.

“Damn straight. Now where’s that tea you promised?” I ask, following from behind.

“Le thé des bois? You’re walking all over it,” she says over her shoulder with a twinkle in her eye.

My gaze drops to the ground, covered in thickets of shiny forest-green leaves, with a leathery surface not even close to appetizing. Thé des bois, she said. I make a mental note to ask Éolie at first opportunity to put me up to speed on indigenous plants so I’ll keep up with Magali on a more level playing field.

“And what are we supposed to do with it?” I ask warily.

“Gather some fresh ones and have a tea party on my make-believe veranda while chewing on the leaves,” she informs me, crouching to gather a handful of the leaves in her hands.

Who the hell was the first human hungry enough to think that stuff was edible, I wonder... 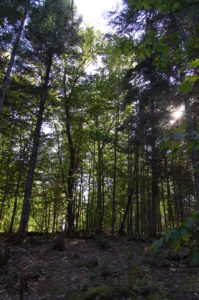 “And chewing on these magical leaves will what—get us high?” I quip, admiring the sway of her hips, and the swish of her thick braid above the small of her back.

“Le thé des bois has many medicinal virtues, Docteur di Fiori; none are hallucinogenic,” she assures me, doing her best lecturer intonation. She drops the sour puss professor’s façade, enticing me with a sassy look. “We’ll just have great kissing breath. They taste minty terrific. So, could be … if we get high, it will be on love.”

“Works for me.” I move around to gather leaves by the handfuls.

“Careful, you’re stomping all over my kitchen.”