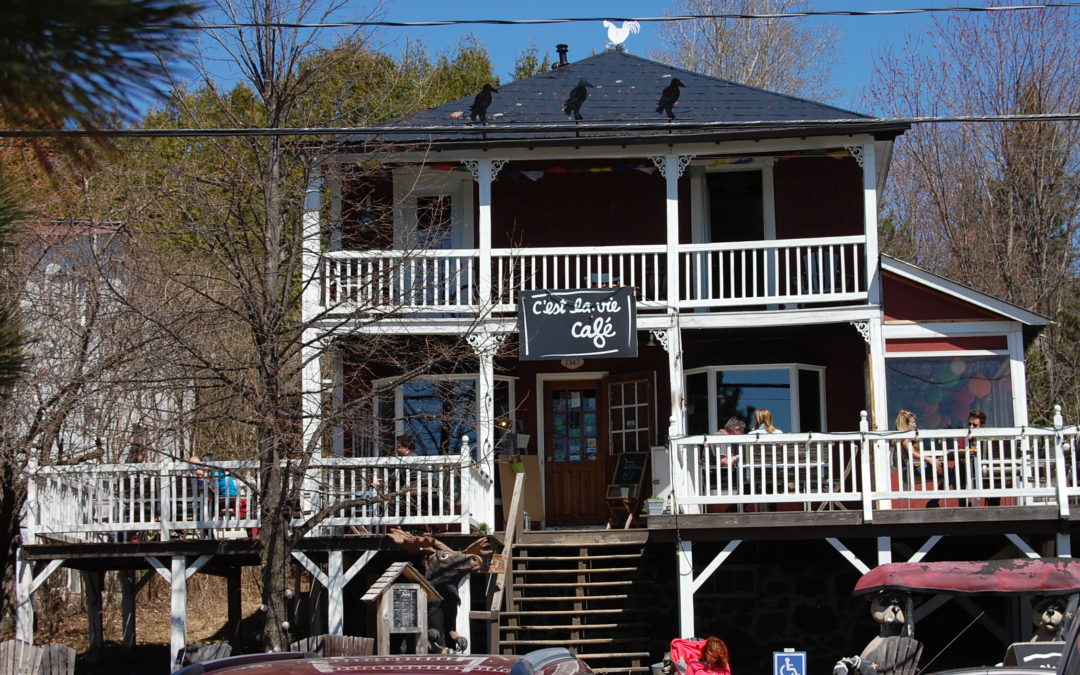 APPREHENSION EXCERPT, or how to freak P.O. 101

(Read his POV on it and what led to this scene in Exposure, available everywhere. Or, you could click on the Wish You Were Somewhere Else post, underneath this one and get an early glimpse. Enjoy!)

Sunday afternoon finds Magali and me sitting around painted wood bistro tables on the quaint terrace of C’est La Vie Café down in the village, saying goodbye to Yann and P.O. over one last coffee, at P.O.’s insistence, before Leo drives them to the airport for their flight back to Boston.

The sight would be comical anywhere else but not in Les Laurentides. Everyone’s outside, even with the cold front that’s moved in with a brisk wind blowing down on us from the hills into the valley. Patrons, bundled up into wool beanies, bulky coats, gloves, and scarves huddled around faïence coffee bowls, lazily sip café au lait, hold the milk for some of us. The whole ambiance, complete with some olden French songs playing in the background, is reminiscent of a Paris sidewalk café in the spring time. A subarctic version of it anyway; one I’m getting used to, which proves that with thermal underwear, anything’s possible.

P.O., sitting across from me, furtively darts glances around my shoulder every once in a while. I watch his not-so-subtle maneuvers.

“See anything of interest?” I ask drily. Trust him to find a girl to his liking half an hour before he’s out of here.

“Nope. I just thought someone looked familiar, that’s all.” He busies himself with his phone, texting, his cheeks now sporting red splotches. Interesting. On both counts. The denial and the flush of color.

Leo and I share a look, clearly thinking the same thing. Something more than good coffee served in exquisite faïence brought him down regularly to C’est La Vie the past couple of weeks. All is not as he claims. 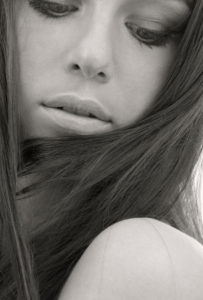 “Wow. You normally would have flown them back to Boston if you weren’t on call today?” Magali asks me, wanting to confirm whatever Yann said to her just now. Her impossibly large eyes appear even more so underscored by her burgundy beanie pulled low over her brow.

“We would have flown them back.” One arm draped casually over the top of her mustard yellow bistro chair, I cross my ankles. “And that’s a big maybe. I want to be there for ground breaking at the home site early tomorrow. Nice try, man.” I smirk at Yann over my cup, taking a sip of my black coffee.

The guys are still marvelling over the fact I’m settling in one place, and they like to witness the phenomena by testing it. Not so long ago, I’d have flown them back to Boston, detouring by Miami in the blink of an eye. They really thought I’d be the last one to settle down. Truth be known, so did I. But not for lack of wanting. My fingers brush Magali’s arm in a lazy back and forth.

“Porter Airlines has a direct flight from Tremblant to Boston. I’m sure you’ll recover well enough.” I roll my eyes at him.

“Hell, I’ll drink to Porter, saves me a trip to Montréal on the weekend rush hour.” Leo and Magali clink their white and blue earthenware coffee mugs in complete accord. Apparently, road conditions in and around the city are pretty atrocious, so much so as to be the stuff of legends among the locals. I’ll take their word for it; being stuck in traffic and dodging potholes the size of craters is not really my idea of a good time. I’m in no hurry to visit.

“It’s really a neat city but you need to go there without a specific timetable, otherwise you’ll curse up and down,” Magali concurs with Leo. “But, Yann, you really should come earlier next summer; the Montreal Jazz Fest starts at the end of June. You’d love it—”

P.O. slaps his hand on the table, barking out a laugh loud enough that it’s a conversation stopper. All eyes swivel his way. He looks up from his phone.

“Huh … Email. Don’t ask. Inside joke,” he mumbles, not so subtly craning his neck for a furtive look over my shoulder. His fingers, all thumbs, fumble to put his phone away. Magali catches it just before it hits the floor deck.

“Good catch, thanks.” P.O. pockets it with a sheepish look.

She cups her hands over her mouth and stage whispers, “The girl behind me you keep peeking at.”

I check behind my shoulder for the most likely suspect, or prospect. Bingo. There’s a lone girl with her back to us, two tables down, with straight strawberry-blonde hair sticking out of a black woolen hat.

“No way.” He sends her a quick, panicked look.

“Hey, maybe I know her. Do you want me to pass a note?” Magali says half-teasingly.

P.O.’s fair complexion turns red as a boiled lobster, starting with the tip of his ears, which he promptly covers by pulling down his black beanie so low it now hides half his face.

“Shit,” P.O. mutters, lowering himself in his chair. “Magali, do you really know her?” he whispers anxiously.

“You’re panicking over nothing. She’s not even looking this way, dude.” Leo upturns his eyes.

He’s right. The girl’s so absorbed by her laptop she doesn’t react in the slightest to her surroundings, almost unnaturally still, wrapped in a bubble of her own making.

“Please tell me it’s the girl and not the laptop you’re drooling over.” If looks could kill, I’d be dead by now.

“You know, women don’t bite unless you ask for it,” Magali deadpans, and Yann nearly spits coffee, thumping on his chest.

“A little warning next time, Magali,” he coughs up, flustered.

“I don’t recall asking this morning,” I murmur into her ear.

“It was implied.” She elbows me. I chuckle low, brushing my lips on her temple.

P.O. straightens in his chair, his intent gaze following the girl as she leaves, walking by the terrace.

“No, really, guys. Are women that terrifying as a species?”

“Duh,” we all reply as one, fist bumping, and she shakes her head at us, complete with eye rolling.